A Diy Micro Cabin In The Woods You Can Build

Aside from working on a custom tree house for a Boston-area client, Derek “Deek” Diedricksen of www.Relaxshacks.com has also been working on completing a ANOTHER BRAND NEW cabin for people to check out at his upcoming hands-on tiny house building and design workshop Nov. 15-17 in MA (you’ll see SEVEN cabins in all, including THE FIRST TUMBLEWEED).

He has also been wrapping up the details on his tiny house on wheels, “The Cub”, that workshop attendees will be seeing, AND on this little cabin in Vermont, that cost a mere $300 to make. There’s a vlog video on the cabin you can check out below, and here are a few as-of-yet released photos on the progress he’s been making in Vermont, where he’s mainly building with recycled materials….part of the focus of his upcoming gathering. I encourage you to see more of this tiny cabin and learn more below: 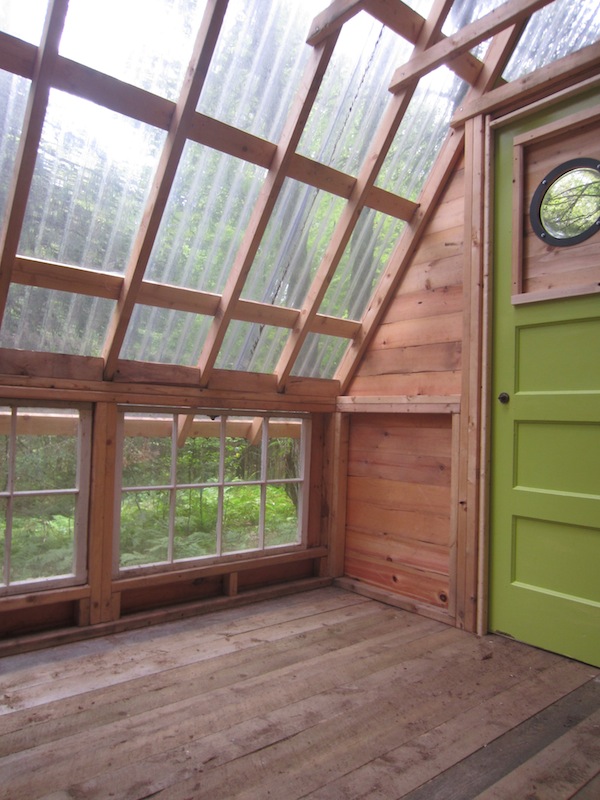 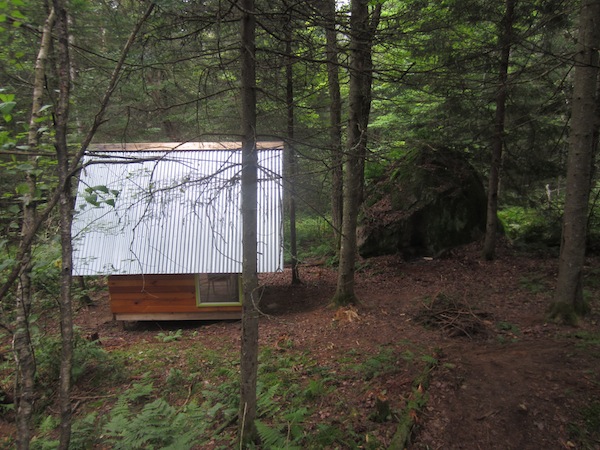 This is merely an 8′ by 8′ guest-sleeper cabin, showing, in a microcosm example, what can be done with free and salvaged materials. There is an outhouse down the trail behind this little micro structure. Eventually Deek plans on adding a small deck in front of the cabin to seat two adirondack chairs- overlooking a fire pit. This cabin was built collectively at one of his past workshops so as to give students hands-on experience with tools and design, alongside another cabin project designed by Deek, and headed up by Bill “Overkill Bill” Rockhill of www.bearcreekcarpentry.com

If you’d like to sign up for Deek’s upcoming MA workshop (so far he has attendees coming from as far away as Switzerland and the UK!) here’s the link…. http://relaxshacks.blogspot.com/2013/08/a-three-day-hands-on-building-and.html